The following information relates to the Running Style Survey (a total theft of a 4-question Myers-Briggs test) that we all started doing last Wednesday.  You are welcome to invite your readers to complete the survey as well (the more the merrier!)  Here's some general information so far.

56 people completed the survey with the following results: 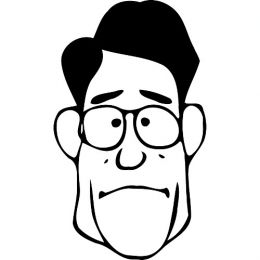 PASI - The Inventive Runner
LauraLynne
Always aiming to "build a better mousetrap" inventors are keenly pragmatic, and often become expert at devising the most effective means to accomplish their ends.  Unfortunately this means that it takes them many years to get off their ass!

They are the most reluctant of all the types to do things in a particular manner just because that's the way they have been done. As a result, they often think running sideways or backwards is exactly the approach that is necessary.  Inventors often have a lively circle of friends and are interested in their ideas and activities.  They are usually easy-going, seldom critical or carping.  When arguing issues, however, they may deliberately employ debate skills to the serious disadvantage of their opponents.  They have also been known to use sharp objects and FDA-approved mind-altering substances to get their point across.

Inventors are usually non-conformists in races, and can succeed only in long races if they do not involve too much humdrum routine.  They may start badgering onlookers or bumping runners to start a commotion and spice things up on long flat runs!

Well know inventors are:
Some inventor quotes:
What I cannot create, I cannot understand. -Richard Feynman

VEMA - The Protector Runner
Heather, Amanda - RunToTheFinish, Jamie, RunningOnCoffee
The Protectors primary interest is in the safety and security of those they run with.  Protectors have an extraordinary sense of loyalty and responsibility in their makeup, and seem fulfilled in the degree they can shield others from the dirt and dangers of the race. They are the first to look back and yell "Aid station coming up!", and then trip on a person who slowed down to take a drink.  Wanting to be of service to others, Protectors find great satisfaction in assisting the downtrodden - even if they are the cause of it!

Protectors prefer to run with time-honored and time-tested products and procedures rather than change to new - they will often run in the same shoe until only the lace remains.

Protectors are willing to work long, hard hours quietly doing all the mindless training that others manage to avoid. Protectors are frequently overworked, just as they are frequently misunderstood and undervalued. Their contributions, are often taken for granted, and they rarely get the gratitude they deserve. (This web site won't rock the boat here - on to the next type!)

Well known protectors are:
Some protector quotes:
Let no one ever come to you without leaving better and happier. - Mother Teresa

VEMI - The Composer Runner
Luke, Alanna, Christy Z
Composers are in tune with their senses, and so have a sure grasp of what belongs, and what doesn't belong, in all kinds of works of art.  In running they know how to coordinate clothing, bathing, and makeup.  Composers have an exceptional ability (seemingly inborn) to work with subtle differences in color, tone, texture, aroma, and flavor.  They are a pleasure to run down wind of.

They do not wait to consider their moves; rather, they act in the here and now, with little or no planning or preparation. They run because the race is there!

Composers are especially sensitive to the pain and suffering of others, and they sympathize freely with the sufferer. Often a composer will shed a tear for a runner wearing a lavender top and orange shorts.  Composers are usually not interested in developing ability in public speaking, or even in the art of conversation; they prefer to feel the pulse of life by touch, in the muscles, in the eyes, in the ears, on the tongue. They are often seen licking things, like the chip-timing equipment or their bib.

Well known composers are:
Some composer quotes:
Some years I'm the coolest thing that ever happened, and then the next year everyone's so over me, and I'm just so past my sell date. - Cher

I didn't even know I was supposed to wear make up while running.

Andrew, this all means NOTHING TO ME!!! WHERE IS THE PESA INFORMATION?!?!?!?!

On another note, I think you have WAY too much time on your hands :) Go run or something with all this spare time you have ok?

I can't believe Mother Teresa wasn't a PEMI - we have such similar traits!!!

I demand a recount!

Too bad I was so busy the last few weeks, I would have enjoyed seeing my supposed running style :)

Oh, sure, ignore all the VESAs out there. :( I can't run now because I don't know what my personality means. I was hoping to get teamed up with Richard Feynman. Oh, well.

Obviously you are saving the best for last. Fine I'll wait.